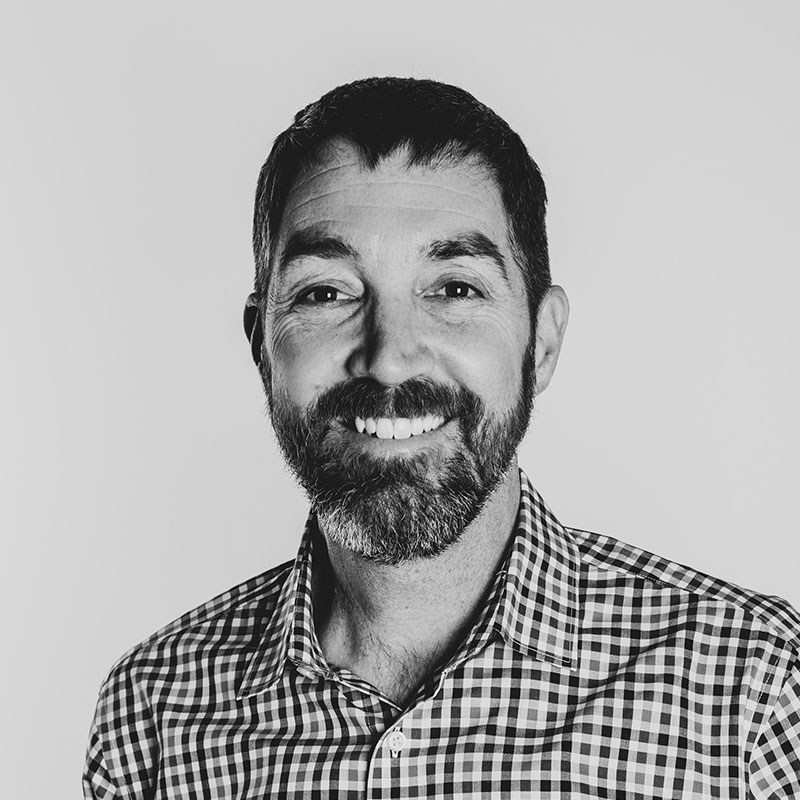 “Why Software is Eating the World” was written by Marc Andreessen, the creator of the Mosaic Browser and Netscape, way back in 2011. Just recently, Builder FirstSource (BFS) announced an agreement to acquire Paradigm software. To me, this is fascinating. Is this a dramatic showdown of eat or be eaten playing out in one of the last untapped software frontiers?

One lens through which to evaluate this deal is a more traditional valuation approach. A lumber yard with a valuation about 1x revenue buys a software company at a price equal to 9x revenue. Software companies are valued differently than pro dealers, so this is an apples to oranges comparison. Another way to look at this is to do the math on cost per location: $450 million paid for software, divided among 550 BFS locations. That’s approximately $820k per location.

Going back in time, pre-downturn, BFS was a regional lumber yard chain. All new BFS locations were part of independent regional lumber yards acquired by BFS, or from its recent acquisition of BMC (who had previously acquired Stock Building Supply among others), or from its prior acquisition of ProBuild who had acquired a myriad of independents. Now they are mostly integrated under one name, if not one operating system. Is that about to change with Paradigm? ERP integrations in small companies are a big feat, let alone in an operator with 550 locations.

So here is the question to all independent regional and local lumber yards: Do you plan to spend an additional $820k per location this year on software to avoid being eaten?

How does a company like BFS, a collection of former independents, pay $820k per location? For one, they have access to public capital markets. They also have scale that sometimes leads to purchasing power and rebates. Like clockwork, when I managed a $4.5 billion wood products supply chain for a fortune 500 company, a lumber yard acquisition led to two things: First, a commitment by the new CEO of the lumber yard to find “synergies.” Second, a call on their suppliers for rebates to cover synergies. Like thick icing on cake, big rebates at big scale can overcome a lot of acquisition integration bumps.

Maybe the question should be: What does BFS see that you don’t? What kind of ROI are they anticipating on a basis of $820k per location? As an independent lumber yard, you are either behind by $820k in your tech investment strategy, or you have been spotted with an $820k head-start.

HOW SOON AND BY WHOM?

Technology will change this industry. And the technology sector is, for now, flush with cash and valuations that might not be consistent with the reality of business fundamentals. By that measure, neither may the valuations of all lumber yards being acquired by BFS, USLBM and others.

Each time I have raised venture capital for Yesler, I have been stunned by the amount of outside capital poised to disrupt LBM. Even a16z, the cleverly named firm with 16 letters between the “a” and “z” in Andreesen Horowitz, has inquired with Yesler on our capitalization status. They are just one of many firms that don’t balk at $450 million valuations for software companies, but they don’t typically compete with lumber yards either. Were there others at the table lobbing term sheets at Paradigm in this frothy market? Or was BFS the lone suitor? So, on the one hand, I applaud BFS for taking the initiative to transform the industry from within. On the other hand, I know from experience at Yesler, technology can make a significant impact at a lumber yard for shockingly less than $820k per location.

The BFS deal won’t close for a few months. You have some time to decide your next move. But the tech revolution is not a matter of if - rather it’s about how soon and by whom? If you are an independent lumber yard and the right answer is “now and by BFS,” you have a lot of uncomfortable changes coming. 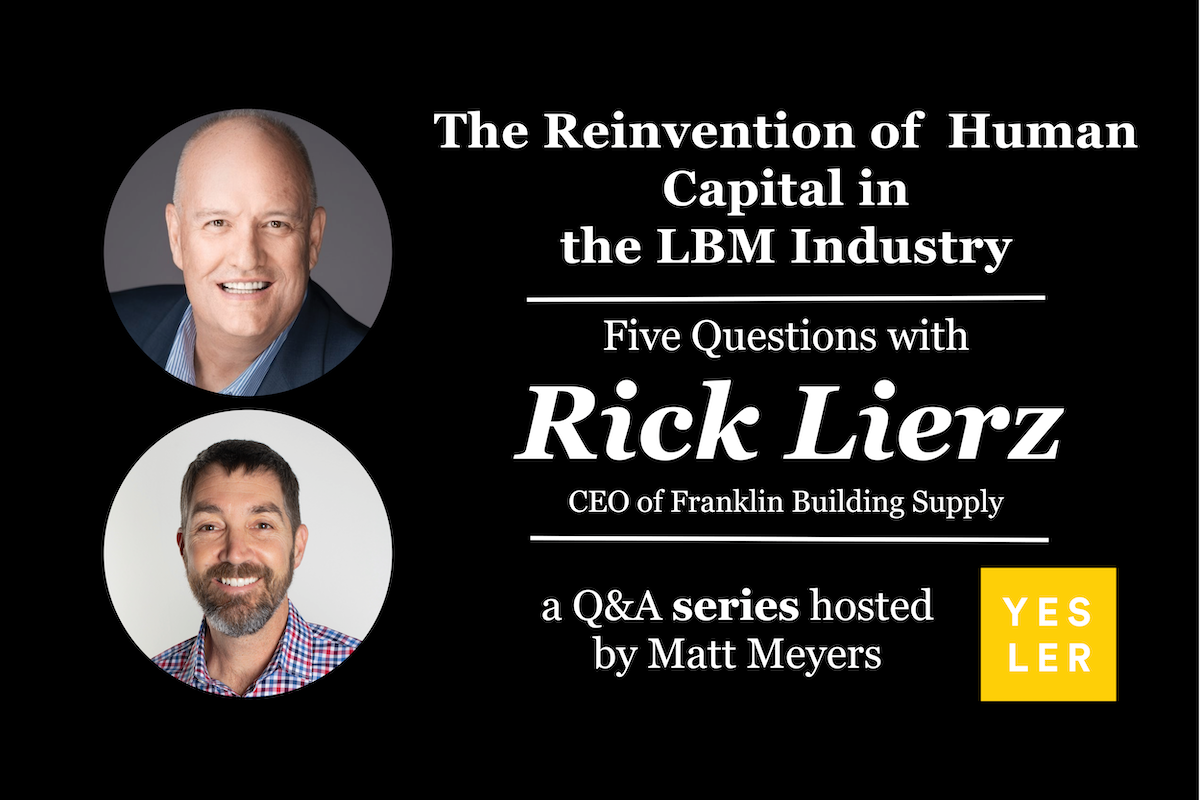 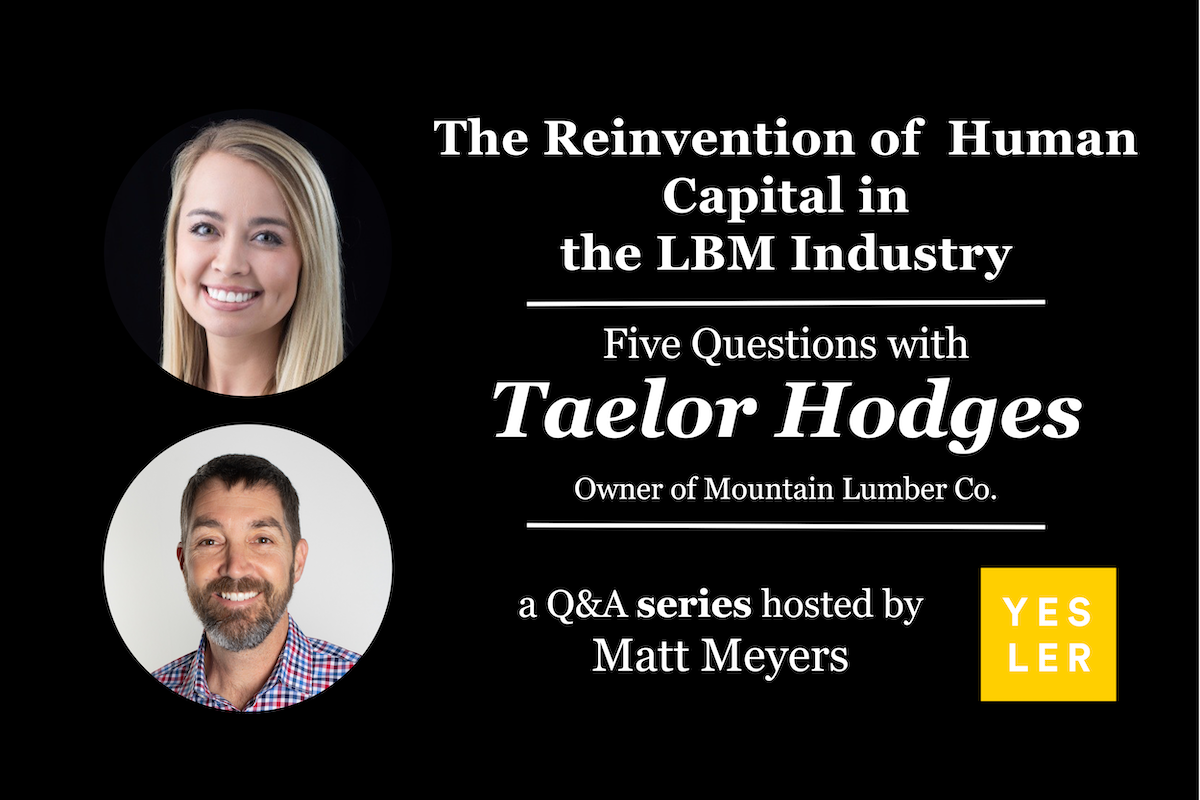 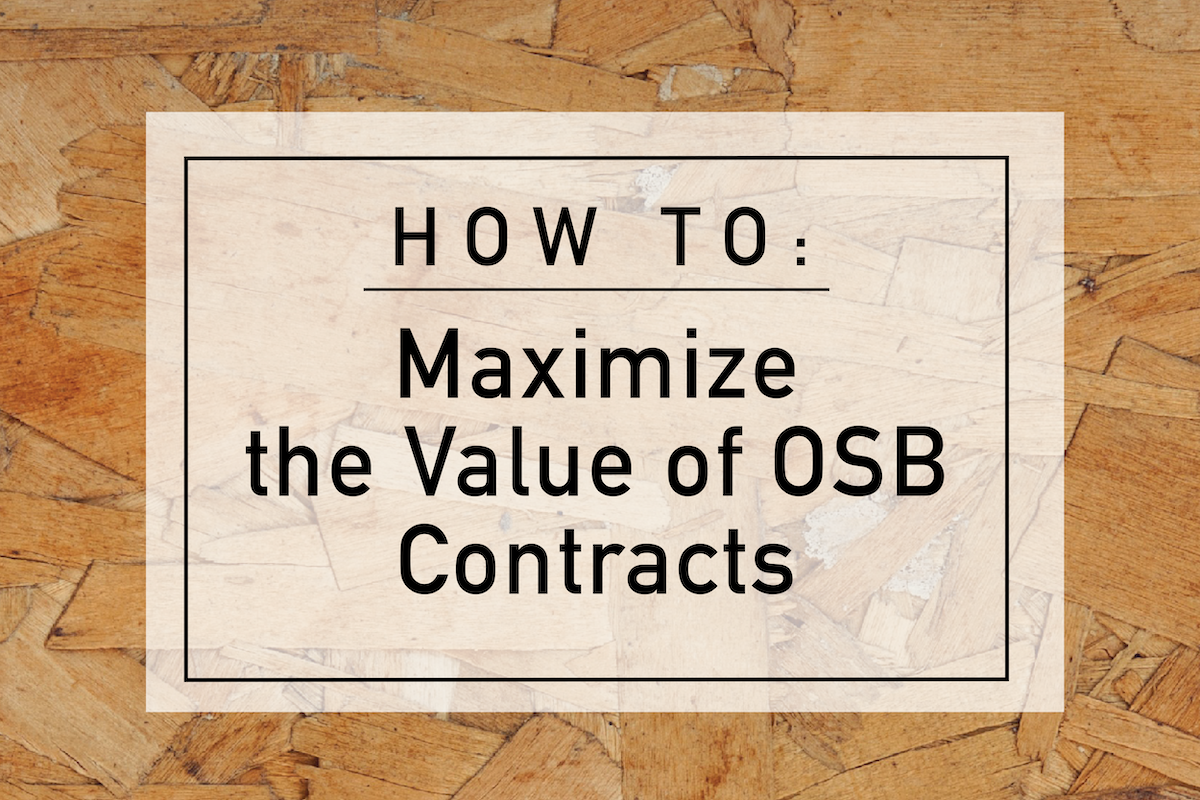